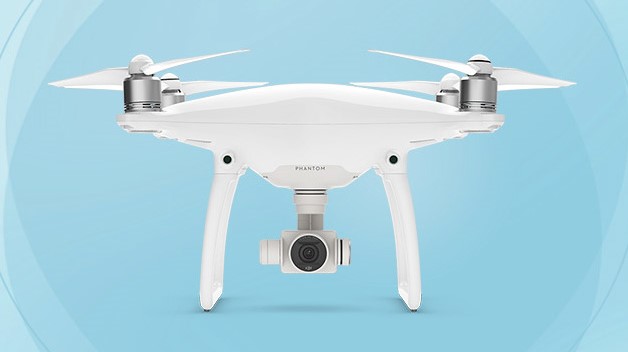 Thousands of would-be drone pilots are racing to get licensed under new U.S. regulations that have opened an aerial stampede.

More than 3,300 have signed up to take the test on Monday, the first day it’s available, and the U.S. Federal Aviation Administration estimates the number of drone operators-for-hire may exceed the nation’s 171,000 private pilots within a year.

The sky is going to open up at the end of August for a lot of opportunities,” said Randy Yates of Omaha, Nebraska, who plans to take the FAA exam this week so that his company, National Property Inspections Inc., can use the devices for viewing rooftops and other difficult-to-reach locations. “It’s going to be a whole new world.”

The first major regulations governing civilian drone operations in the U.S. take effect Monday and permit anyone 16 or older to fly for hire if they pass a written knowledge test and background check. They can only fly drones during daylight, within sight, and no higher than 400 feet (122 meters) from the ground.

The rules replace ad hoc standards and a system of waivers that the industry said had hindered its growth. The rules don’t apply to hobbyists, who can fly without a license.

The appeal is clear. Drones can be used by farmers to monitor fields, by telecom companies to inspect cell phone towers, and by media outlets to videotape news events — often with greater ease and lower cost than using helicopters or fixed-wing aircraft.

Industry officials at a Congressional briefing on Aug. 24 predicted insurance, construction, agriculture and electrical power companies, which have been cautiously exploring applications for unmanned aircraft, would now leap into such operations. The regulations also open the door to more small operators and service companies that fly drones for hire, they said.

Before now, the FAA had required commercial drone operators to have a traditional pilots license, something that takes months and costs thousands of dollars to obtain. Now they simply have to pass a test costing $150, though some are opting to pay more for study courses.

Larry McInnes, a Boston resident scheduled to take the exam on Thursday, has pinned his future career hopes to the exam.

McInnes learned earlier this year that his job as a court reporter was being phased out. He had an interest in drone photography, but before the FAA announced its new rules he didn’t think it was feasible for him to qualify under the agency’s waiver program.

“Now that the FAA has changed the rules as far as commercial flying, it looks like there could very well be a big potential for change in my career direction,” he said.

At least some in the drone industry are also expressing worry that the government won’t be able to keep up with demand, or that the flood of new users may not have the skills necessary to safely fly under the new rules. Unlike every other pilot certification issued by the FAA, the agency chose not to require that drone operators demonstrate their flying skills.

“And yet now not only do you get a UAV license, you get a commercial license,” Gambold said, referring to drones as unmanned aerial vehicles. His company sells drone services such as bridge inspections and also offers training courses.

Many are also wondering how the FAA will handle an expected flood of requests for expanded uses of drones. Because the technology is expanding so rapidly, the agency said it will grant waivers for operations outside the new limits if applicants could prove they would be safe.

When asked how long that waiver process will take, Earl Lawrence, head of FAA’s Unmanned Aircraft Systems Integration Office, said, “It depends on what you ask for.”

Simple waivers allowing such things as limited nighttime flights will be approved faster than more complex requests, he said.

In the meantime, thousands of people who just want to fly under the new rules are preparing to take the tests at about 700 locations around the country.

DARTDrones LLC, a Woburn, Massachusetts-based training company, has seen a steep increase in interest in its training since the FAA unveiled its new regulations in June, Abby Speicher, chief executive officer of the company, said in an interview.

“Everyone was pretty much in a frenzy trying to figure out how to study for the test,” Speicher said.

The aviation program at the University of the District of Columbia Community College, which operates of the FAA’s test site at Reagan National Airport, has reserved slots for more than 100 people seeking drone licenses within the next month, said Eric Johnson, the program’s secretary. That’s well above the usual three or four people per month taking FAA exams there, Johnson said.

“We’re obviously very excited to make sure we go through this new process because it’s going to open up a lot of new opportunities for our firm,” said Tristan Randall of Autodesk Inc., the California-based company that sells computer tools to engineers, architects and construction contractors. He plans to take the FAA exam on Tuesday.

Autodesk has invested in two drone companies, the unmanned aircraft manufacturer 3D Robotics Inc. and Skycatch Inc., which operates the devices in construction, agricultural and other industries. Just as computer-aided design tools have been a boon for engineers and architects, Autodesk is hoping that drones carrying sensors will help streamline construction work and related tasks.