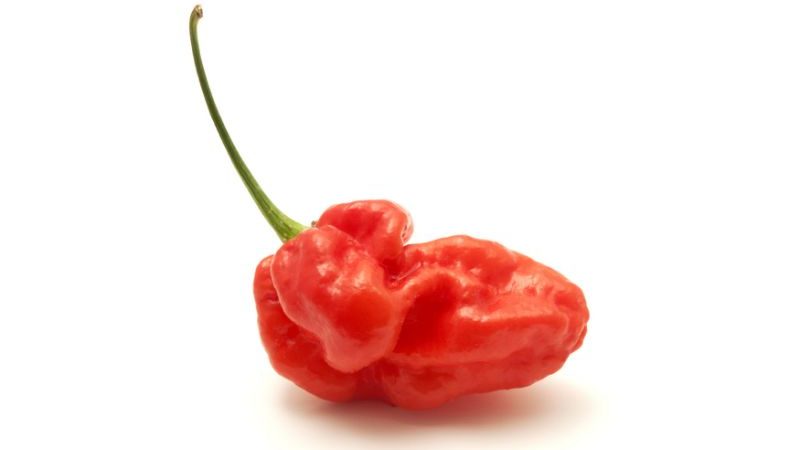 A word to the wise: Stay away from ghost peppers.

A puree made from these peppers — which are infamous for their off-the-charts level of spiciness — led to a rare, life-threatening condition in an otherwise healthy, 47-year-old man in California, according to a recent report of the man’s case.

Ghost peppers are among the hottest chili peppers in the world, the report said. They have a measured “heat” of more than 1 million Scoville heat units, according to the report. (For comparison, a poblano pepper measures at 2,000 Scoville units, and jalapeños come in at 5,000. Eating a single seed from a ghost pepper can cause severe burning in the mouth that lasts up to 30 minutes, the report said. [Here’s a Giant List of the Strangest Medical Cases We’ve Covered]

In the man’s case, a ghost pepper had been pureed and served atop a hamburger as a part of an eating contest at local restaurant. After finishing the pepper-topped burger, the man drank six large glasses of water, then began “violently retching and vomiting,” according to the report, which was published online in September in the Journal of Emergency Medicine.

The man ended up going to the emergency room in San Francisco because he couldn’t stop vomiting, and developed severe chest and stomach pain, the authors wrote.

A CT scan of the man’s chest appeared to show that his esophagus was torn and that his left lung had collapsed, so the man was sent for emergency surgery.

During the operation, the surgeons found a 2.5-centimeter (1 inch) tear in the man’s esophagus. The tear was leaking food — a mix of “hamburger, onions and other green vomitus material” — into the space around the man’s left lung, which had collapsed, according to the report. The surgeons repaired the man’s esophagus and re-inflated his lung, then placed him on a feeding tube so that his esophagus could heal.

The man’s condition, a “spontaneous esophageal rupture,” which is also called Boerhaave syndrome, is “a relatively rare phenomenon,” said lead study author Dr. Ann Arens, who was aphysician in the department of emergency medicine at the University of California, San Francisco at the time of the man’s case in the summer of 2015. (Arens is currently an emergency medicine doctor and medical toxicologist at Hennepin County Medical Center in Minneapolis.)

Spontaneous esophageal rupture is caused by violent vomiting and retching, Arens said. In other words, the man’s reaction to the ghost pepper, rather than the pepper itself, caused the rupture, Arens said.

The condition is very dangerous, and is fatal in 20 to 40 percent of all cases, even when patients receive treatment, the report said. “If [the condition is] left untreated, mortality approaches 100 percent,” the authors wrote.

When patients die from a ruptured esophagus, the cause of death is likely a “rapid and fatal infection,” Arens told Live Science.

The man was sent home from the hospital 23 days after the operation, the report said. His feeding tube was still in place when he was sent home, but Arens said the tube was only temporary, until the esophagus healed. She said she believes the man is currently doing well.

When Arens spoke to the man after the surgery, he “did not seem keen to try [eating a ghost pepper] again,” she said.

Arens noted that she was not the primary doctor in the ER who was caring for the patient; rather, she was contacted by the doctors treating the man, because they wanted to know if there were any “antidotes” for hot peppers, she said.

“Unfortunately, there are no specific antidotes for hot peppers outside of the usual antacids,” Arens added.