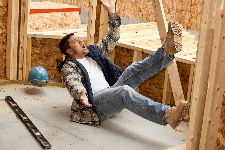 The Trump presidential victory, along with several gubernatorial elections, could significantly impact workers’ compensation, according to hosts of Safety National’s Out Front Ideas, Mark Walls and Kimberly George.

The two workers’ comp industry experts continued their monthly webinar series, kicking off the New Year with a webinar on the 20 issues to watch in workers’ compensation in 2017.

Walls, vice president of Communications and Strategic Analysis at Safety National, explained that impending gubernatorial elections in 12 states, along with the Trump victory, means the industry could see some policy changes. Just last year, the U.S. Department of Labor (DOL) criticized the current system in a report that recommended minimum standards for state workers’ comp systems. Because President Trump is an advocate of less government involvement, the DOL’s recommendation regarding revamping the workers’ comp system may be on hold, he said.

George, senior vice president and senior health advisor for Sedgwick, discussed how workers’ comp might be impacted by repealing or replacing the Affordable Care Act (ACA). Many health insurers backed out of the marketplace as a result of the ACA, pushing prices higher as competition dwindled. She explained that population health wellness needs to be pushed versus continuing with the sick care system currently in place.

OSHA shifted resources from education and into enforcement during the Obama administration, Walls said. This could change under the new administration.

The Americans With Disabilities Act (ADA) and the Family and Medical Leave Act (FMLA) also saw increased enforcement action under Obama. George noted there was a 63 percent increase in ADA suits in the first half of 2016. As regulations broadened, employers began to outsource leave of absence (LOA) and ADA administration, George said. Paid parental leave, like unlimited time off offered by movie rental company Netflix, will remain a hot topic in 2017. Accommodations under the ADA are becoming more complex, George said, citing accommodations for service animals, noise levels and allergies.

Walls said that 2013, was the first time workers’ comp saw an underwriting profit. This led to increased competition which drove down rates. As a result of falling rates and increasing exposures, a negative outlook is expected, he said, with combined ratios of 100 percent expected in 2017. The National Council on Compensation Insurance (NCCI) recommended a 20 percent rate increase in Florida due to court rulings that changed the law governing existing claims, Walls said. This could lead to some carriers exiting the marketplace.

Constitutional challenges in five states means unanticipated liabilities for carriers and self-insureds, Walls said. Because elements of workers’ comp statutes were found to be unconstitutional by state supreme courts, the decisions are retroactive, going back to when the law was first enacted.

Litigation related to occupational diseases will continue, according to Walls. This is due, in part, to old statutes that don’t take into account manifestation times for work-related diseases.

While there is a movement toward evidence based medicine and states are working to create unique formularies, there is a lack of consensus among stakeholders across state lines, George said.

The trend toward an advocacy based claims model will continue, she said. Transparency in the process will promote positive experiences which will drive worker engagement.

Because mental health is one of the top reasons for short term disability absences, employers are taking notice, said George. Employers are promoting employer assistance and behavioral health programs. Insurers are offering telephonic and field programs to address mental health issues. According to Walls, laws may need to be revisited since many states exclude workers’ comp coverage for mental injuries without a physical cause.

As more states allow recreational and medicinal use of marijuana, Walls said a standard needs to be established for what constitutes impairment when it comes to marijuana. Opioids remains a concern, George said, noting there has been a lack of acceptance of non-opioid alternative treatments by providers. Insurers, too, have been hesitant to pay for expensive opioid alternatives, she said.

Insurers will need to take a multi-faceted approach to replacing retire workers over the next 10 years, said Walls. This will entail working with college and universities to develop risk programs and doing more to create flexible work environments in order to retain existing employees. In addition, insurers will need to partner with communities in order to improve the public image of workers’ comp, said George. Industry groups shouldn’t lose momentum in discussions that began last year, Walls added, noting that it is better to continue the discussion while the industry can control it.  Benefit adequacy, misaligned incentives and the threat of federal intervention were the main topics.

While many carriers deployed machine learning for in- house case management, claims and analytics, there is little published data on the outcomes, George said. This, along with insuretech, is an area to watch. The value of innovation will need to be determined, she said. “How will quality, compliance and outcomes be impacted,” she asked.

External disrupters are poised to change where policy premiums come from, said Walls. Retail buying habits are changing, consumers tend to choose online shopping over brick and mortar stores, he said. The payroll associated with retail is changing. The same will likely occur as self-driving cars take the road, he said. “Self-driving vehicles could be ultimate disruptor of workers’ comp industry,” said Walls.S